I asked some of the other participating artists to join in a spatial reading of a text. It was a spatial reading in the sense that the text was distributed from four different voices, placed in the space. The text was scripted by colors for four readers and we did one rehearsal. As a listener you had to stop listen to anyone in particular to be able to hear the content of the text, that is not how the human hearing functions –we are used to project our listening towards specific persons or defined spatial locations (and map out other sounds).

The text was an in depth news text from the Guardian on a failed raid by the US marine forces towards an Al-Shabaab hide out in Somalia. It was a straight forward journalistic text that included some different voices interviewed to unfold the reported event. A dramatic text on a dramatic event with an unusual outcome. 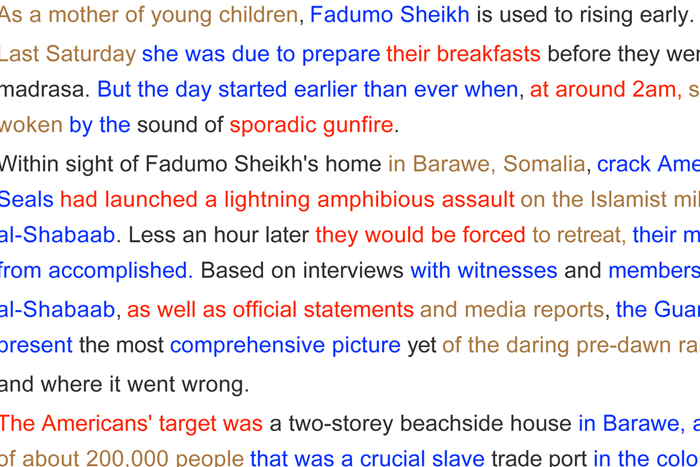 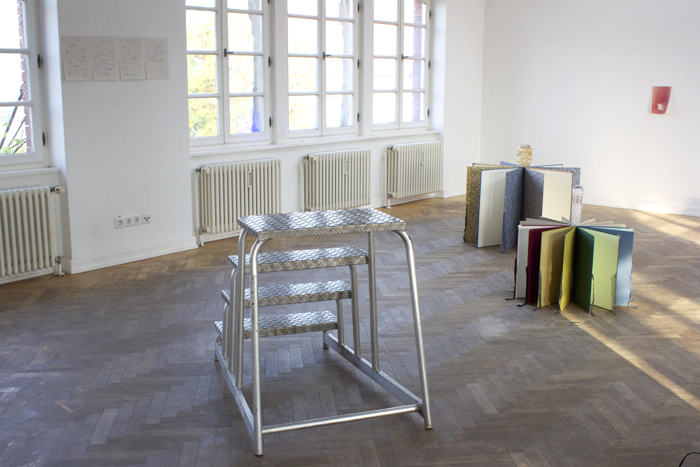 Part of the script.

The four different voices in the reading was presented printed separately and pinned to the wall. Photo: Adrian Brun

The four different voices in the reading was presented printed separately and pinned to the wall. Photo: Adrian Brun

The evening after the reading. Photo: Adrian Brun