A Book of Small Things

Conducted in a series of projects as text red by different performers.

The work A book of small things is a pocket size book collection that can be carried lightly and also can be approached as a notebook or a sketchbook. Panayiotis Michael, taking on the callings of a performing publisher, invited nine writers and visual artists from different backgrounds to contribute by material they had collected, pieces that had appeared elsewhere independently, or written for the first time. Michael welcomed fragments, seemingly 'incomplete' lines, notes, scribbles, neglected texts on art or from a lecture, and social commentary. Each contribution appears in an individual book adjoining the other writers' books.

To present the book collection A book of small things, Michael invites performers to walk, in live action, through art museums and/or art centers, reading fragments of their own choice to visitors, art works, guards etc.

Liv Strand's text is a continuation on thoughts on belonging and on the concept of the nation state, from for instance the exhibition The Anatomy of Confinement.

The presentation/performance of the book collection A book of small things has be presented in the exhibition Terra Mediterranea: In Action, this project was organised and presented in collaboration with Halle 14 in Leipzig, in September 2016 and in NiMAC, Nicosia April 2017, and in Pafos Medieval Castle, Pafos also in April 2017, as part of Pafos 2017, European Capital of Culture.

The book collection A book of small things is distributed by:

The Shopkeeper Distributions LTD in Limassol 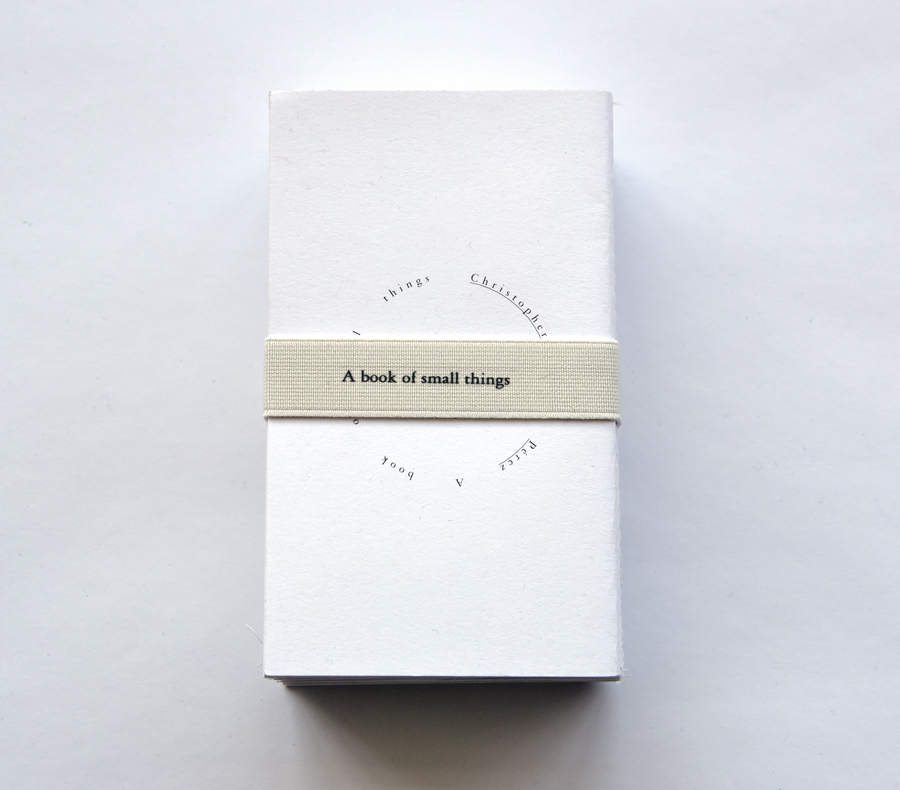