Textile Location is a performance work with a huge white and red striped textile and a costume that allow me to blend into the color fields. The alignment of costume and textile prescribe my movements. Pieces of texts I've written is recited or read. The texts deal with binary situations: the two, and tells about other spacialties too.

Excerpts from text recited and read:

(101)
To sense somebody's grimaces: and just by the movement of the limbs apprehend that it is on it's way. The coming about of the event reflects in the shivering finger-tips, enforced by a prolonged abdomen –reaching in the direction of a face– then it dazzle instantly, in other muscular tensions than usual. A grimace. A crisp meaning or a contraction that rather informs inward to ones own body. The outward grimace as an imitation or an echo of an internal circumstance.

(102)
A binary situation.
One distinct difference is established.
The same width and length, forming a striped unity where one color field is contiguous to the next. They touch without blending.

(304)
Walking the beach without haste.
Along with… At one-hand-side water spreading out to an ocean.
The waves hit at a pace, the steps drums another.
A trot, a stroll undoubtedly focused: along the beach.
Mediterranean rim, the border of land. Landing conquest. Confront.
The waves roll in, caressing the shore and pulling-it-out-into-the-sea again.
I count on the seventh wave.
They differ in accuracy, there are middle waves and irregular spacings.

Suddenly the presence of color: a pink, a cerise, a green, a yellow-white, a red sweaters in the fisherman's boat.
They go outward, outgoing. Transversely. 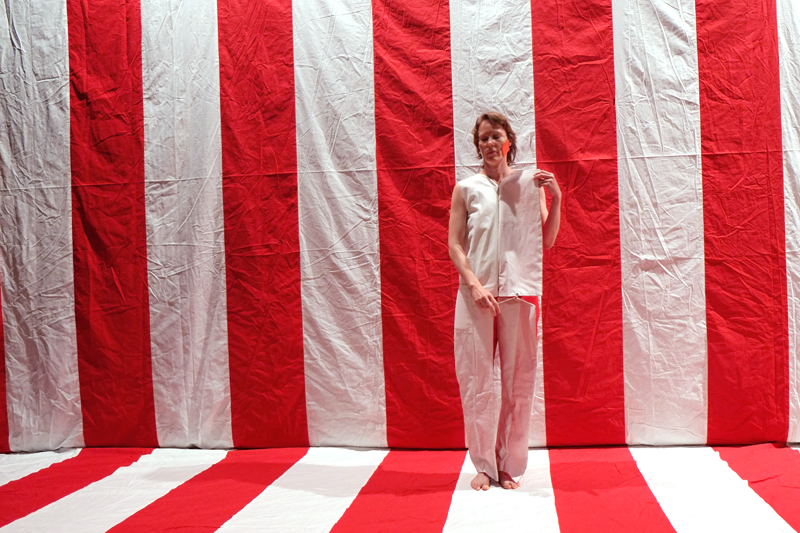 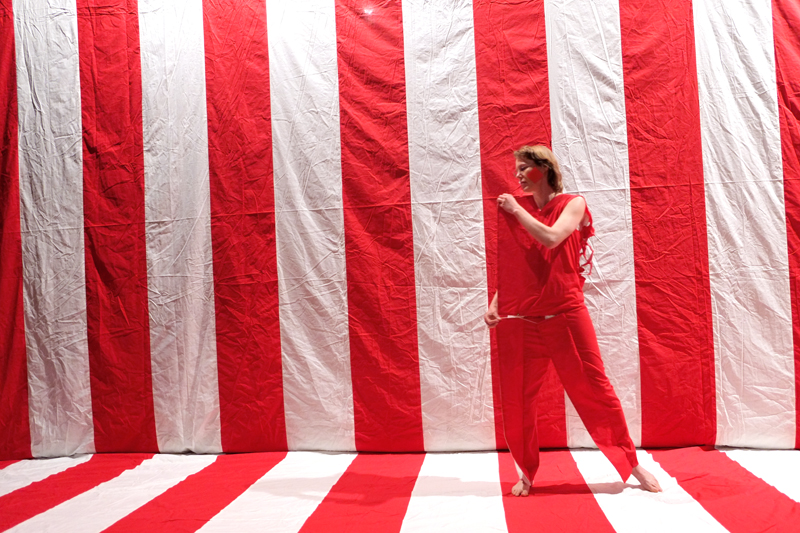