The staged work twice twice filter some of further discussions and practical attempts. The language of the performance was spoken words or other means as improvised sound/music, choreographed bodily encounter and babble as voices without a specific language, trying to describe and articulate absent objects etc. Running through twice twice is a tone of how the piece operates by insisting on the making in situ, attempting a strictly composed auto poetic production. We worked with what we call 'concept-objects', an exercise in verbally exhausting ones knowledge on a topic or a word by telling it. twice twice is a 1,5 hour long composition that was premiered at Weld in Stockholm, May 2012. 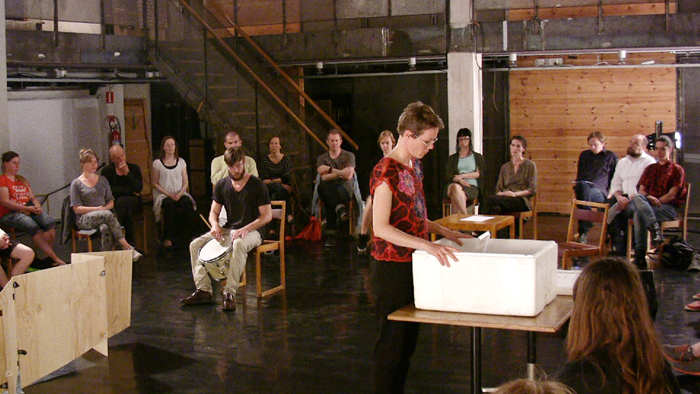 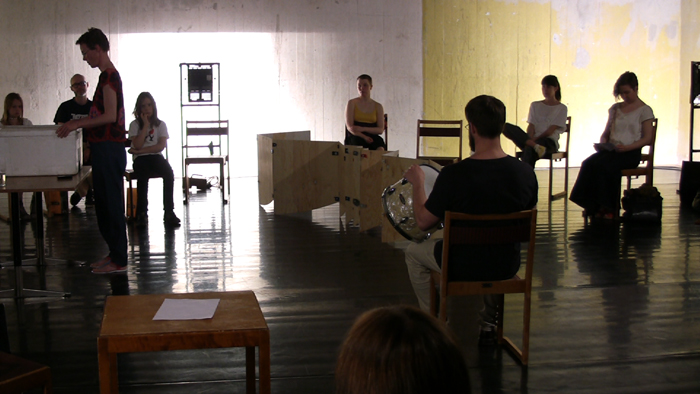 Making sound on the objects: a drum and a styrofoam box. Still from video.

Miming an absent object, and also using the way the other person showed the object. Still from video.

Speaking 'concept-objects': to tell to make sense. Still from video.

Making vocal sound without any specific meaning. Still from video.

Throwing a table as a last circus trick. Still from video.